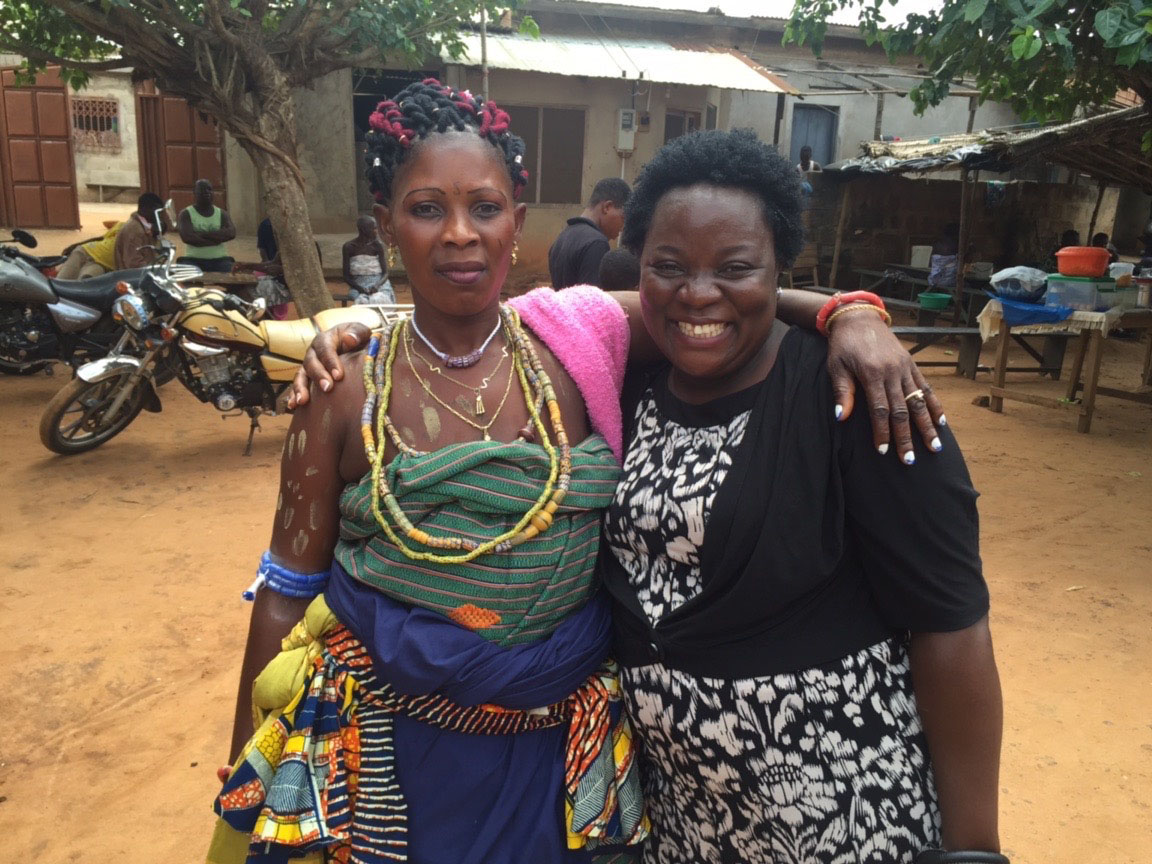 Perched on a small rock mountain, a tour guide points to oval scratches worn into the rocks: “These are used to create paint for the Trokosi women, for girls who are of age to become women.” He says it so simply, describing the art they decorate the girls’ arms. There is, however, a deep and dark truth behind this word - Trokosi: slave of the gods. In the Volta Region of Ghana, an individual who feels they have been wronged by another can go to the fetish priest and demand payment - a virgin girl from the opposing family. These girls become wives of the gods, forced into slavery to “pay” for the sin of their family. The priests act on behalf of the gods and are allowed to use these girls however they desire: for farming, cooking, and sex. This is a life sentence of slavery and abuse; a cycle that repeats itself. If one girl dies or escapes, her family is required to pay with another. One woman, 97 years old, says she was 3 years old when her family brought her to the priests. The sin she paid for with her life? A stolen hair brush.

Some girls don’t even know the offense they are paying for. While illegal in Ghana, Trokosi women are viewed as a cultural tradition by many. While some families participate, others choose not to get involved because they are afraid of being cursed.

Victoria and Joshua Baah-Binney, New International missionaries, saw this and decided not to turn away from the plight of these women. Joshua shares that trying to free the women often feels like “fetching water with a basket”. They liberate one woman, only to have another one fill her place. So they have changed their strategy: changing the system from within. Befriending the priests and elders to form a relationship that can lead to the Gospel is a slow process. The Baah-Binneys are in the process of building a vocational school that will be open to the community and serve as a place where Trokosi women can live and be trained. Gifty, a 35-year-old liberated Trokosi woman, is preparing to graduate from seamstress school. “When I graduate, I can be on my own,” she says. “God is good.”