Self-care days at the space center 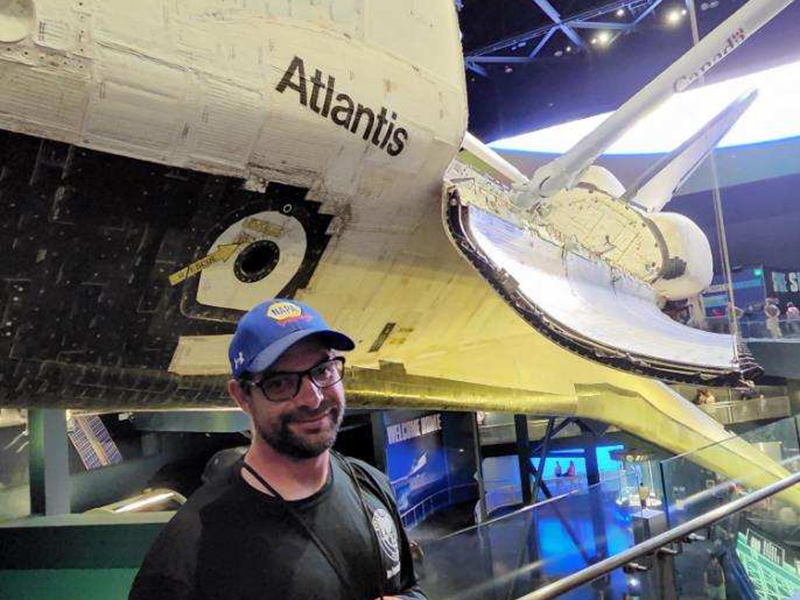 A few weeks back I had the AWESOME opportunity to road trip up north to the Kennedy Space Center. A lot of my friends and family know that I am a NASA nerd, to the point that I have taken the day off to watch tv coverage of various launches for both the space shuttle and SpaceX crew missions. I have been spoiled to watch a handful of launches and see even a couple space station sightings while in Florida. 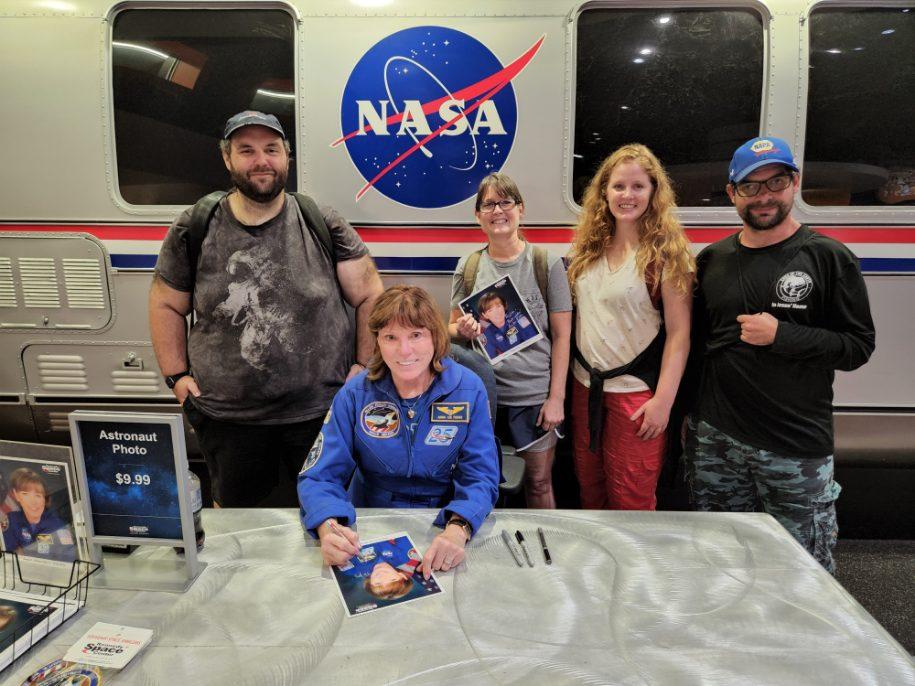 I believe self-care days are key to making sure that you can recharge not only physically and mentally but most importantly spiritually. Burnout and exhaustion are quite common in ministry. NASA was my way of recharging during my internship.

I have a lot of highlights from this day, but here are my top 5. My first highlight would have to be seeing space shuttle Atlantis! How they build up to the revealing of the space shuttle is by showing a documentary on a massive projector screen. After the documentary the screen rolls up and Atlantis is right behind it. Atlantis was the workhorse of the space shuttle fleet with a mind numbing thirty-three missions for I.S.S. assembly and upkeep, space lab and space telescope upkeep. 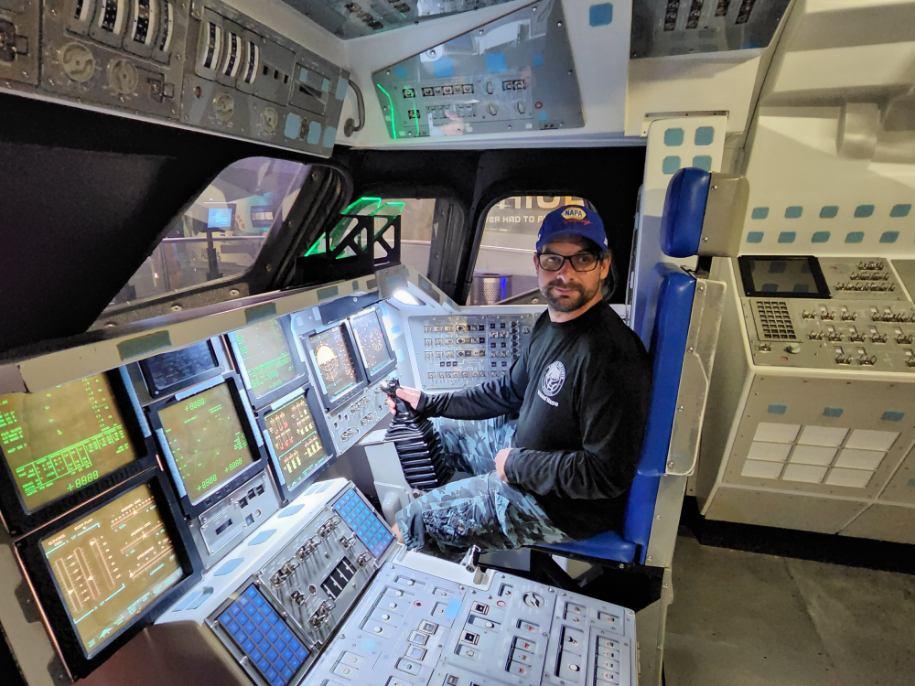 My second highlight of the day was getting to walk across the SAME crew access arm for Apollo 11 as these three astronauts: Michael Collins, Edwin “Buzz” Aldrin and Neil Armstrong. Apollo 11 was the first moon landing for any country in the “space race” in the 1950’s and 1960’s.

My third was getting to see the Apollo 11 control room in the exact configuration as the day of the launch. What was cool about this was the reenactment of the launch with all the computer screens lighting up as that particular person would give their “go or no go” check before launch. As good as this was, it was also difficult for me to see everything due to being visually impaired. 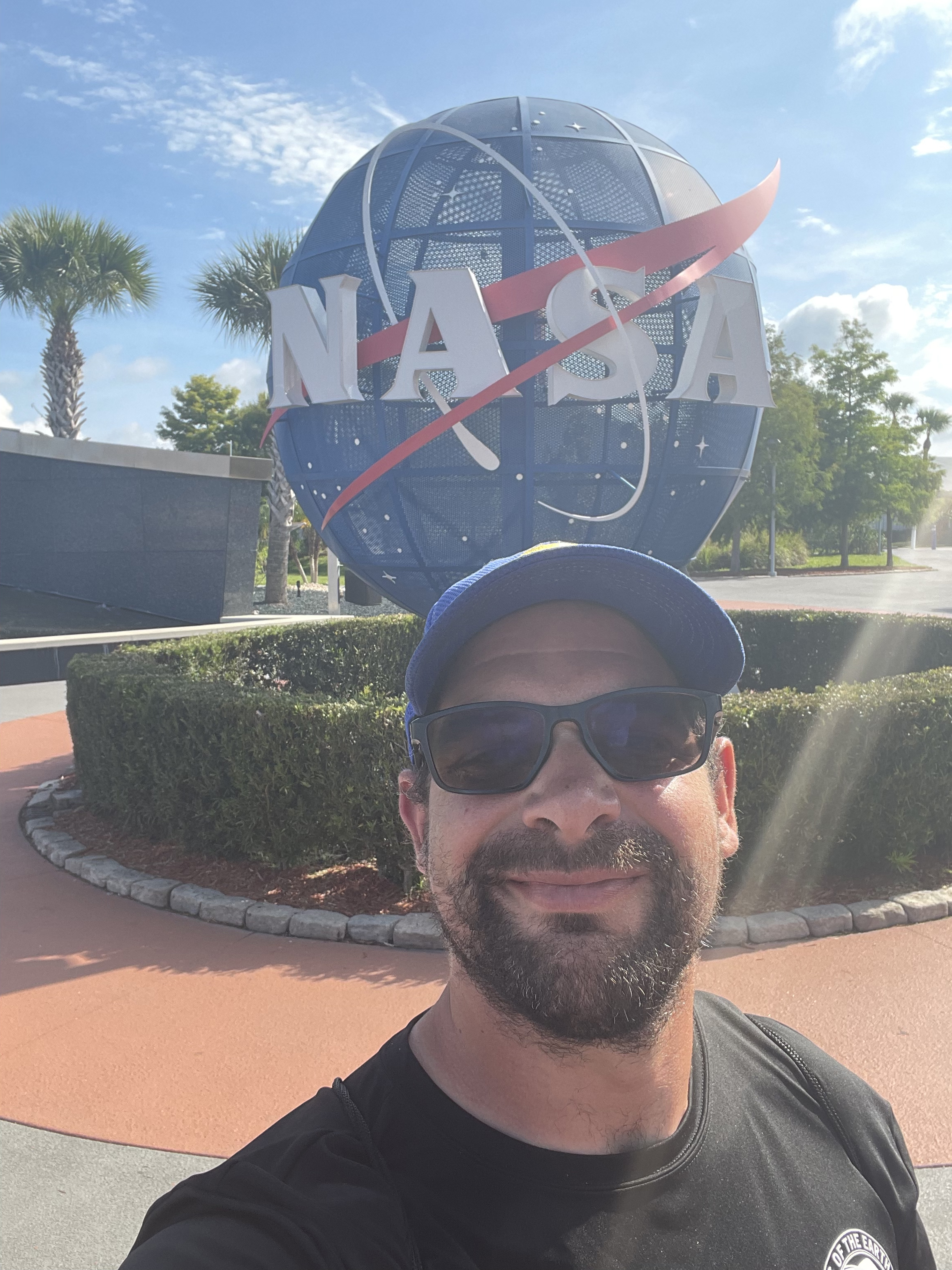 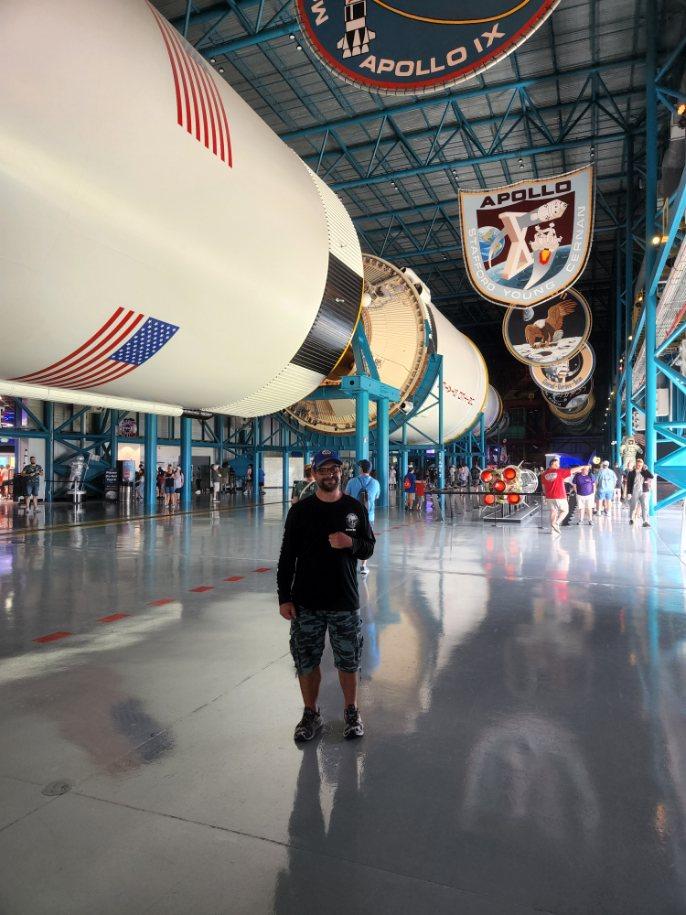 Highlight five was getting to see the Artemis rocket on the launch pad that will launch later this year. The Artemis program will return the USA to the moon and further deep space exploration.

NASA is a must-see if you’re a history fan or space fan. I will definitely be making a trip back to take in more of the experience and to see the newer exhibits. NASA was the ULTIMATE road trip for me as being a history fan! I was in heaven. BEST self-care day ever! I can't wait to do it again someday. 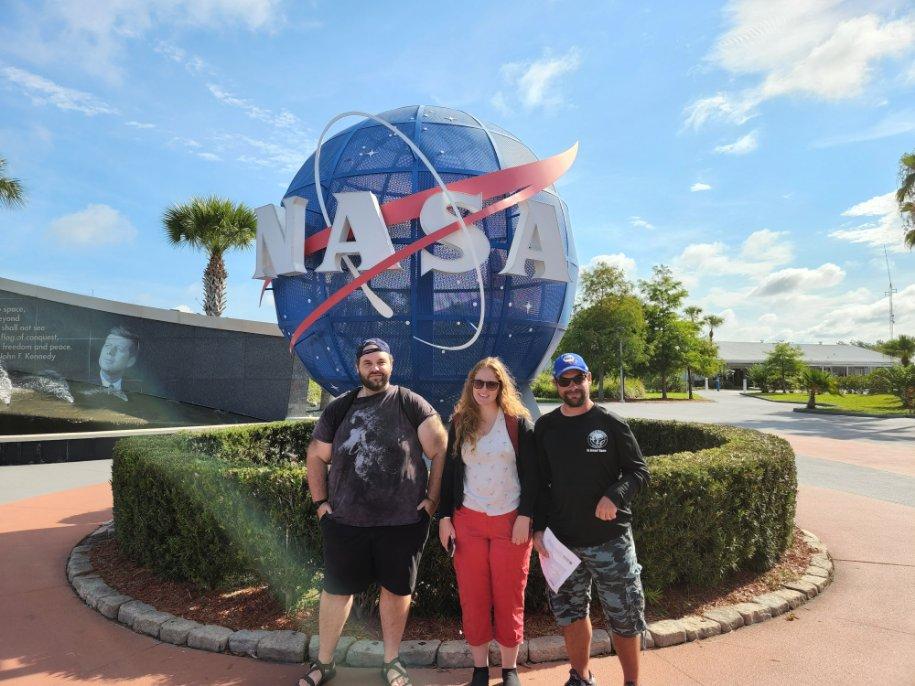