Davy felt compelled to bring joy and happiness back to the estate. 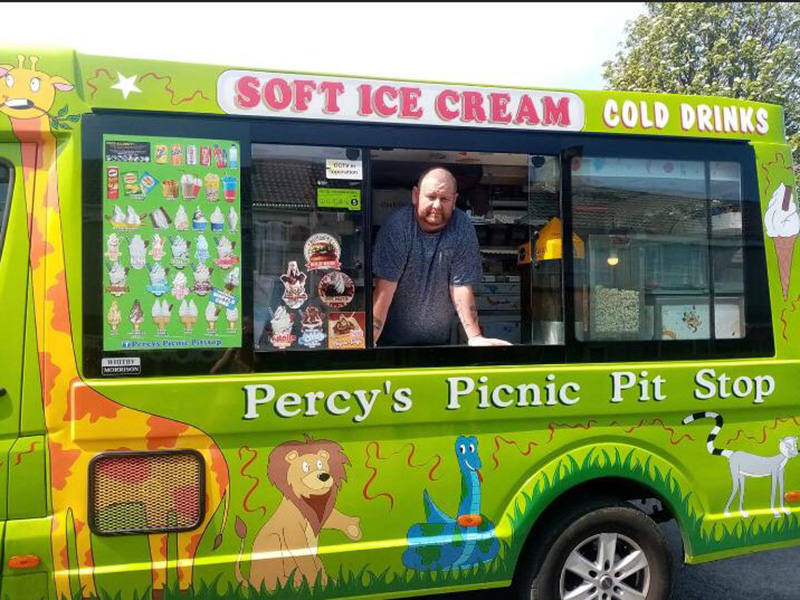 One of the newer followers of Jesus in the community we serve here in Newcastle is shifting atmospheres!

Davy had just heard of some violence in his estate over some kind of drug deal. In what was a pretty open neighborhood with kids running around and playing in the streets became a ghost town. With polarizing mindsets already prevalent, even neighbors stopped talking to neighbors over what had taken place.

In response, Davy felt compelled to bring joy and happiness back to the estate. He contacted a neighbor who owned an ice cream truck business who, because of the virus lockdown, was really looking for income. Our ministry in Newcastle, Centre61, paid the ice cream truck driver to give away free ice cream to anyone who wanted it in Davy's estate, while Davy scooted alongside him on his mobility scooter and shared the love of Jesus.

As Davy reported to the Centre61 Church Zoom gathering, ‘The atmosphere shifted. The whole estate came alive again. Kids starting playing with each other and neighbors came out and began talking to one another because they were enjoying ice cream! The atmosphere completely shifted!" How beautifully simple, peaceful, and tangible it is when the Kingdom of God shows up. Amen!