What God is teaching me now, is that His faithfulness is so much bigger than “big messes”. 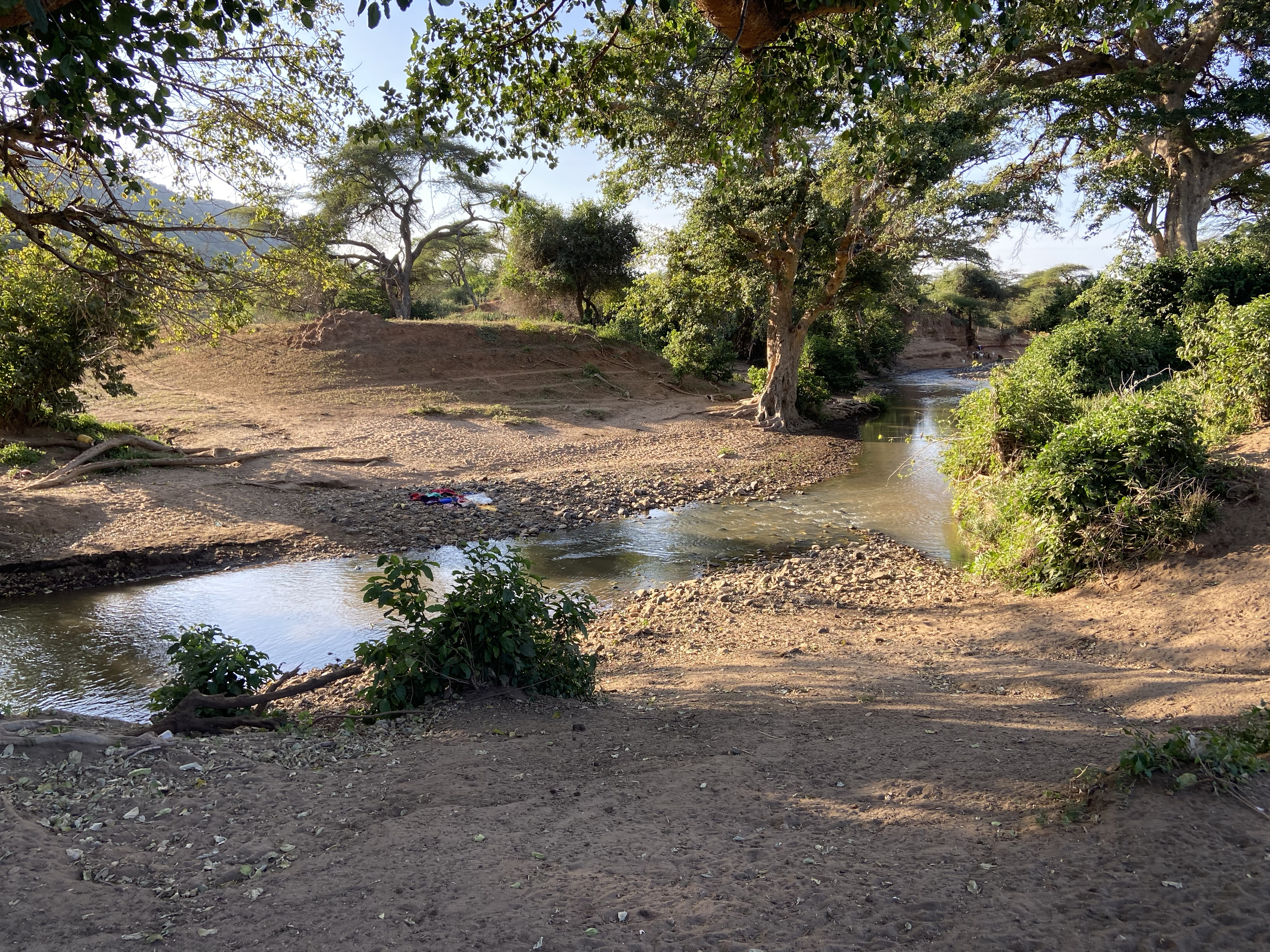 Maybe the phrase “God is faithful” sounds a bit cliché. I’ll admit, I’ve read, prayed, heard, and sung about the faithfulness of God all of my life. What I didn’t realize until this internship, however, is that I’ve aways thought about God’s faithfulness in terms of the big messes He’s pulled me out of. What God is teaching me now, is that His faithfulness is so much bigger than “big messes”. God is faithful even in the little things.

The week before we departed to Kenya, our team of 5 applied for visas to enter the country. On Sunday, the day before departure, everyone had been approved for a visa except for me. The day of our departure, my visa still hadn’t been approved. My anxiety level was rising as I applied for a visa yet again, and we decided to board our plane. Whenever we landed in Germany for our only layover before Kenya, I checked my email to find yet another rejection. At this point we had people all over the world praying for an approved visa, but it wasn’t at all looking likely. At the airport in Germany, 30 minutes before we boarded our plane to Nairobi, I submitted my visa application one final time. Within 5 minutes I received a response that it was approved. Wow. God is faithful.

We have been to Kenya before, and one of the most remarkable experiences we had was during a visit to a community called Elangata Enterit. One night in 2018, while walking back to our camp after a night of fellowship at a nearby boma, I vividly remember looking up and witnessing the most spectacular nighttime sky I had ever seen. It looked like we were visiting a planetarium and they were broadcasting images from the Hubble telescope. I’ve never seen so many stars. It was breathtaking. Whenever we learned that we would visit Elangata Enterit this summer, I shared with our team how extraordinary the night sky would be. I was a bit discouraged to learn that we wouldn’t be allowed to visit the bomas at night for fellowship because of the presence of elephants in the area. However, I reasoned that the sky could be just as beautiful from the home we were staying in. Each night, our team would step outside, hoping to catch a glimpse of the sky that I had hyped up for weeks. But each night, we were met with a bright moon and clouds, both of which prevented us from seeing the stars. One night, we were invited to a boma for dinner and fellowship by a local mother who had basically adopted our team as a white-skinned extension of her family. She assured us that elephants wouldn’t be a problem, and we couldn’t refuse. After chowing down on chapati and nyama ya mbuzi, we said our farewells and made our way toward the exit of her manyata. As we stepped out of the door and into the night, we were met with the most clear, beautiful, star-filled sky. Not a cloud nor moon in sight. I still have no idea where the moon was, it was supposed to be just on the waning side of a full moon. I’m convinced God was hiding it so we could see the stars. God is faithful. 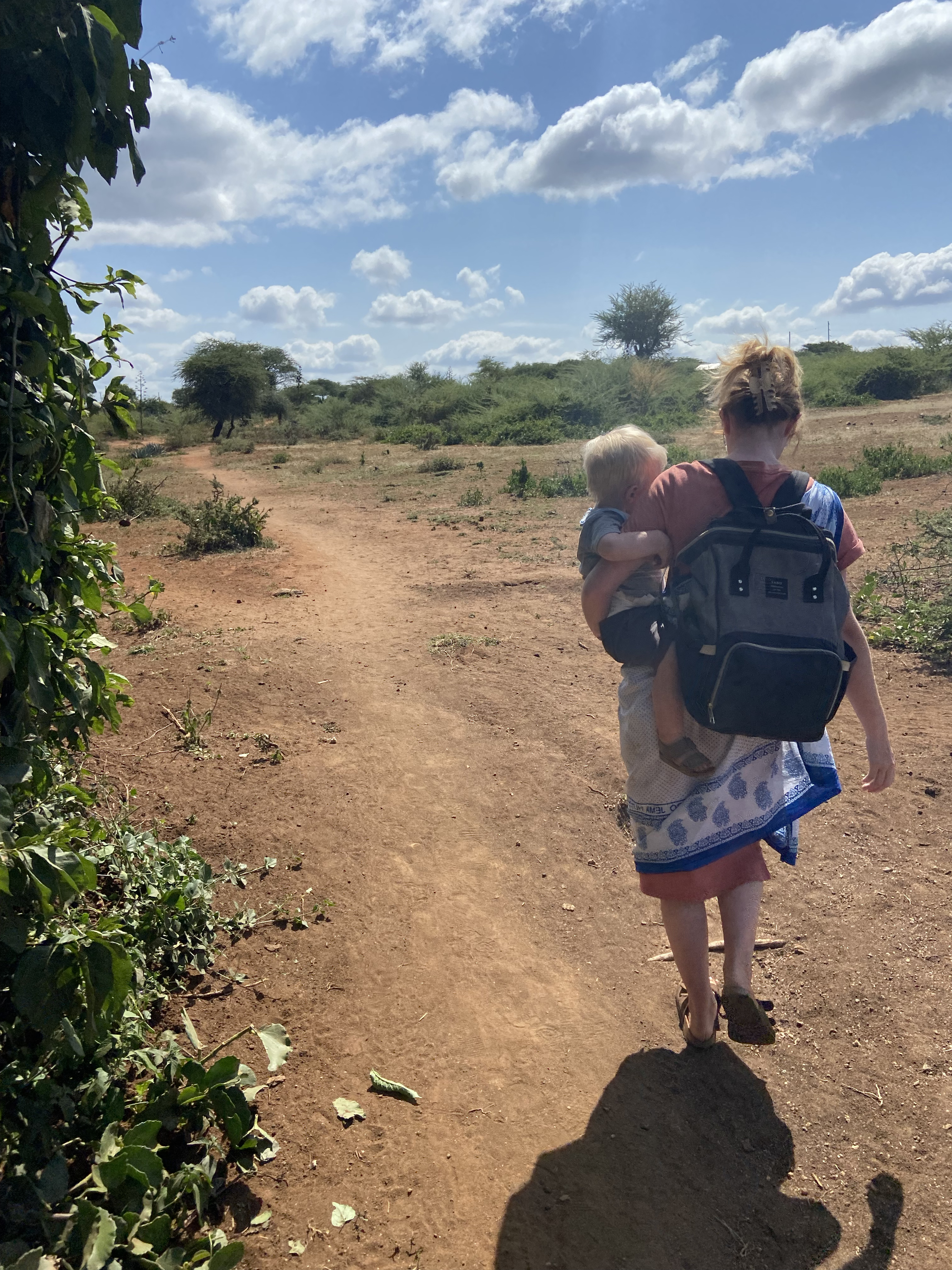 This week, our team is resting at the AfricaHope compound after having spent 2 weeks in the bush. While talking about what we have all missed from home, one thing was recurrent: movies. So, we put our heads together and decided we would use the internet available to us to download a movie so that we could have a much-needed movie night. At approximately 3:30pm local time, I carried a laptop to the AfricaHope office to use the Wi-Fi to begin the download process. Whenever I arrived to the office, however, the power was out. This isn’t uncommon here, and the outage typically only lasts a short while. Within a few minutes, the power was back on, the Wi-Fi was connected, and the download had begun. I began to feel anxious when 20 minutes had passed, and the download was still at 0%. I cancelled the download and restarted it, and it began to creep toward progress. Whenever the download reached 54%, my laptop was at 8% battery, so I ran back to our room to grab a charger. When I returned, I was met with a message that said something like “Download error, please start over.”. At this point it was nearly 5:00pm local time and almost dinner time. I restarted the download, and with the laptop on the charger I was confident that nothing could stop it now. At 5:45 the download was at 66%, and it was time to go to dinner. I decided to leave the laptop at the office so that the download could finish while we ate dinner. Just as I was walking away, the power went out again taking the Wi-Fi with it. Now I wasn’t feeling so confident anymore. I left the laptop at the office anyway with hopes that the power would return and the download would continue. After dinner, however, we were still without power, so I collected my laptop and headed back to the room feeling defeated. Now I understand that maybe this doesn’t sound like a huge deal to you, and in the grand scheme of things you’re right. But in the moment, after spending two weeks in a rural semi-isolated community, we were so looking forward to a movie. When we returned to the room, we decided to give one last-ditch effort and connected the laptop to our data hotspot, doubtful, but just to see what happened. I took my children to our room to prepare them and myself for bed. 10 minutes later, I returned and logged into my laptop to find that the movie had completely downloaded and was ready to watch. I couldn’t believe it. God is faithful.

I realize that these examples sound so small and trivial, but that’s just the point. I think somewhere inside of me, I have always believed that God is faithful in the big things (whether they work out the way I think they should or not). But what God is teaching me right now is that He also cares about little things, and He’ll show up for them too. While He is the God of the universe, that’s not all He is. He’s also the God of travel visas, the God of beautiful nighttime skies, and the God of movie downloads. There isn’t a single area in your or my life that He isn’t sovereign over. Jesus tells us in Matthew 6:26-30 “Consider the birds of the sky: They don’t sow or reap or gather into barns, yet your heavenly Father feeds them. Aren’t you worth more than they? Can any of you add one moment to your life by worrying? And why do you worry about clothes? Observe how the wildflowers grow: They don’t labor or spin thread. Yet I tell you that not even Solomon in all his splendor was adorned like one of these. If that’s how God clothes the grass of the field, which is here today and thrown into the furnace tomorrow, won’t he do much more for you – you of little faith?” I notice how he ends that sentence: “you of little faith”. I think he was talking to me there. I hope from now on he can refer to me as “you of a little more faith”.