There was one surgeon in Uganda who had the expertise and experience to deal with such an injury so he set up an appointment for Jeremiah. 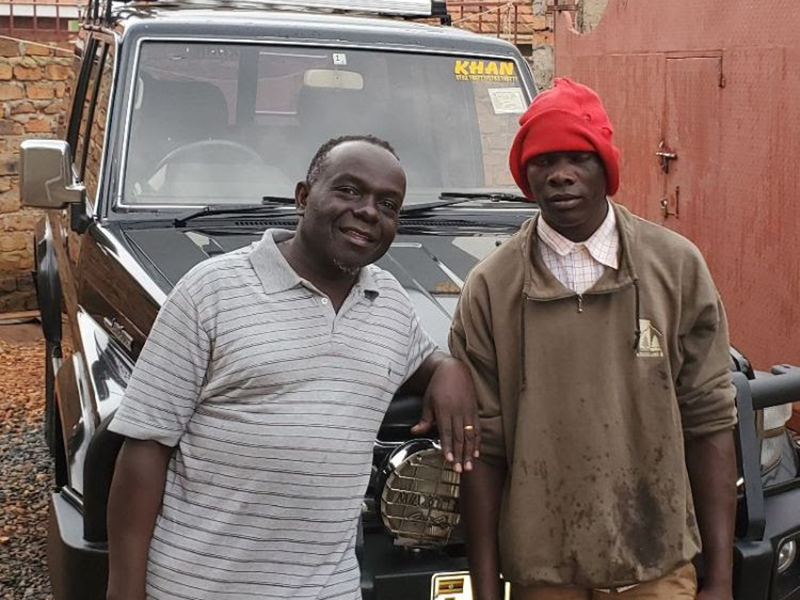 Andy and Kathy Sodestrom share a miraculous story of provision as witnessed through the national pastor they work closely with, Cyprian.

Jeremiah Yiga is a kind and humorous 23-year-old Ugandan.  He began to attend our latest church plant in Kakakala village earlier this year where he placed his faith In Jesus and became part of the church. He was in need of a job so Cyprian hired him to work at our greenhouse farm and later as a night watchman.

When Jeremiah was 4 years old, a pot of boiling water was knocked over and the water fell on his head and caused serious burns. He received skin grafts to heal the large wound. Just a few months ago the scars form the childhood graft opened up and his body began to reject the skin graft leaving a sore that wouldn’t heal. Jeremiah has always worn a cap to hide the scars and open wounds.  As the wound failed to heal, he was taken to a local clinic where the staff found that the wound had opened up to the point that his skull was exposed. This condition is life-threatening and he was advised to seek immediate attention from a qualified surgeon.

Cyprian has an uncle who is a surgeon so he agreed to see Jeremiah. He looked at the situation and realized that it was indeed life-threatening and Jeremiah needed to see a specialist. There was one surgeon in Uganda who had the expertise and experience to deal with such an injury so he set up an appointment for Jeremiah.

Cyprian insisted on going to the appointment with Jeremiah to explain Jeremiah’s life situation and lack of ability to pay for the surgery and recovery treatment. We were praying that the surgeon would agree to give Jeremiah a break in his fees.

Cyprian and Jeremiah went to the appointment and waited for the surgeon to arrive.  When he came into the exam room, he looked at Cyprian and Cyprian looked at him and they both said, “I know you!”  It turns out they had grown up together in the same neighborhood and were friends as teenagers.

Dr. Kalanzi determined that a difficult skin graft could be performed and that it needed to be done immediately.  He then explained the cost of such a surgery (very expensive) but then said, “I can do it at the government hospital for no cost and I can’t charge a friend my surgeon’s fees!”

The surgery took place on Monday, September 23rd. Jeremiah is in good spirits and beginning a long recovery. While the hospital and surgeons fees were covered, medications and follow up care expenses were raised by generous donors. Please pray for Jeremiah's continued recovery and his care team.