The Key West Bike Ride is like a family reunion! 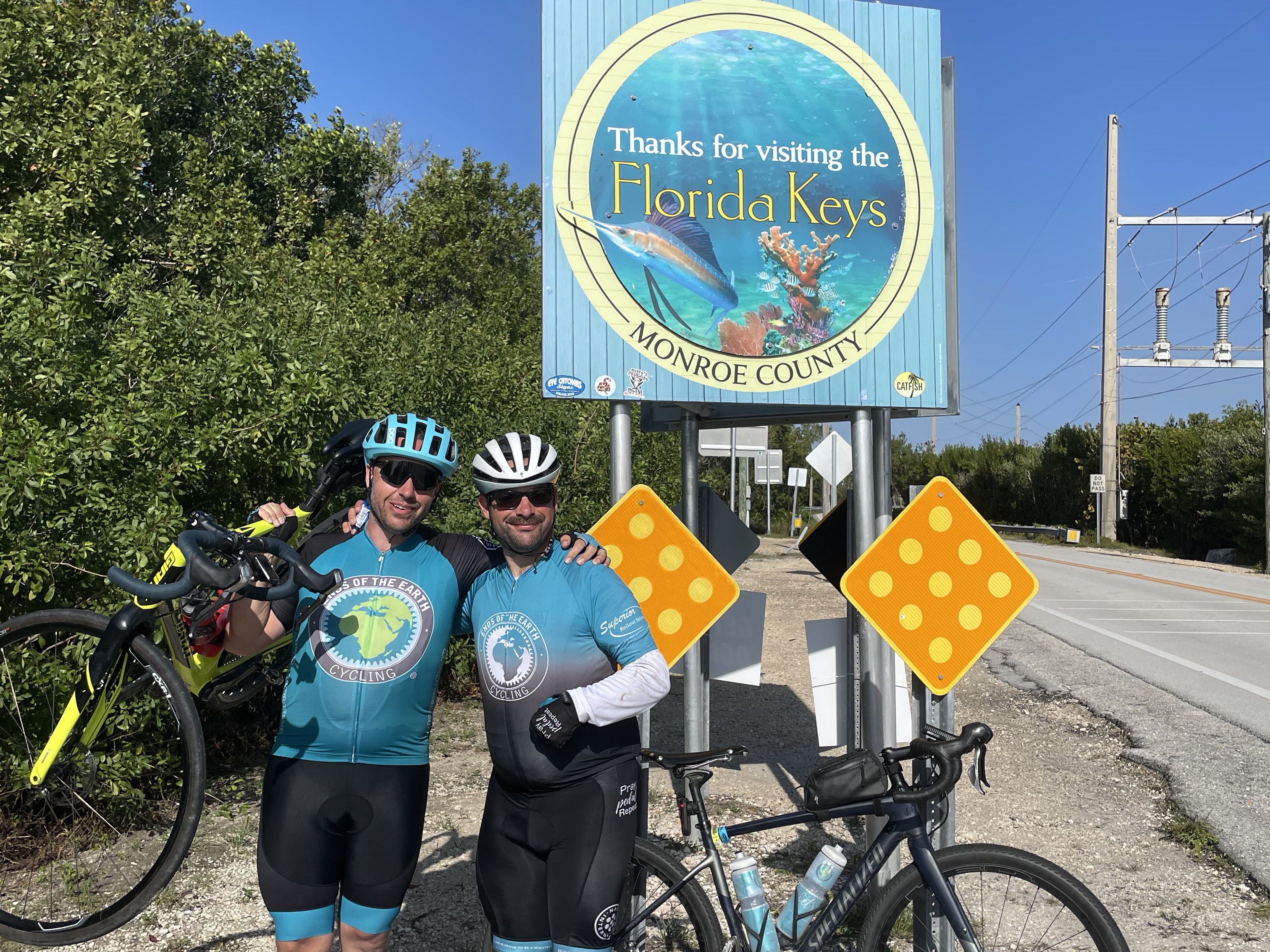 I have SO many emotions as I write this blog following the Key West Bike Ride. First, I’m sad it’s over. Second, once you experience a Key West bike ride (“KWBR”), you won’t want to leave. It isn’t just another Ends of the Earth Cycling tour. It is a five day family reunion. I plan my cycling season around TWO rides, RAGBRAI (a cycling tour in Iowa) and KWBR. When I see the rosters for each group on the ride I find all my ‘family’, then I see who I don’t know. This ride was a bit different as there were more new riders to add to our Ends family.

On all three of my Key West tours I have had the AWESOME honor and privilege to ride alongside Mike Bayer. One tour as my team leader and the other two tours as co-captains of our paceline group. This tour was also special because I got to ride with Dr. Les Hardin. I have been on TEN Ends cycling tours, half of those tours I have had the privilege of riding and being mentored under these two men. Both of them are like family to me. 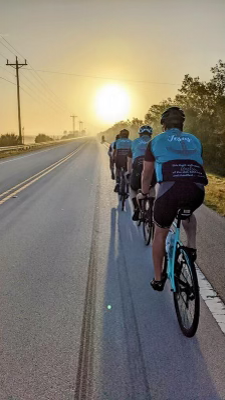 The first two days of the ride are the two most challenging. Day one mileage was 77 miles from Fort Myers to Everglades city and is the most challenging day as far as stoplights and wind. Day two was 80 miles on old highway 41 and was also very challenging because of the wind. One obstacle from day two was we had to shuttle the cyclists nine miles through a construction zone. The challenge lay in trying to coordinate our rides with the group of the same speed. After the first 80 miles, we had a choice of doing an ‘optional’ century, or for my group, it’s mandatory. It rained torrentially as we set out and we had to pull off the road to let the rain subside a bit before continuing. My favorite part of the century was watching two gentlemen finish their first centuries with Ends cycling. We also had four first time century riders on this ride! Day two was also alligator spotting day, which is always a highlight for me!

Day three is where the ride really begins when you cross the bridge on Card Sound Road into the Keys! There is a big sign that says “Welcome to the Keys!” This day I really got a challenge as my team decided to do a reverse rotating paceline. Because the wind was so strong, we rotated who was pulling (leading) the group for only a few minutes before letting someone else take their turn. Talk about watching your wheel at all times! That was a lot of FUN and I can’t wait to do it again. 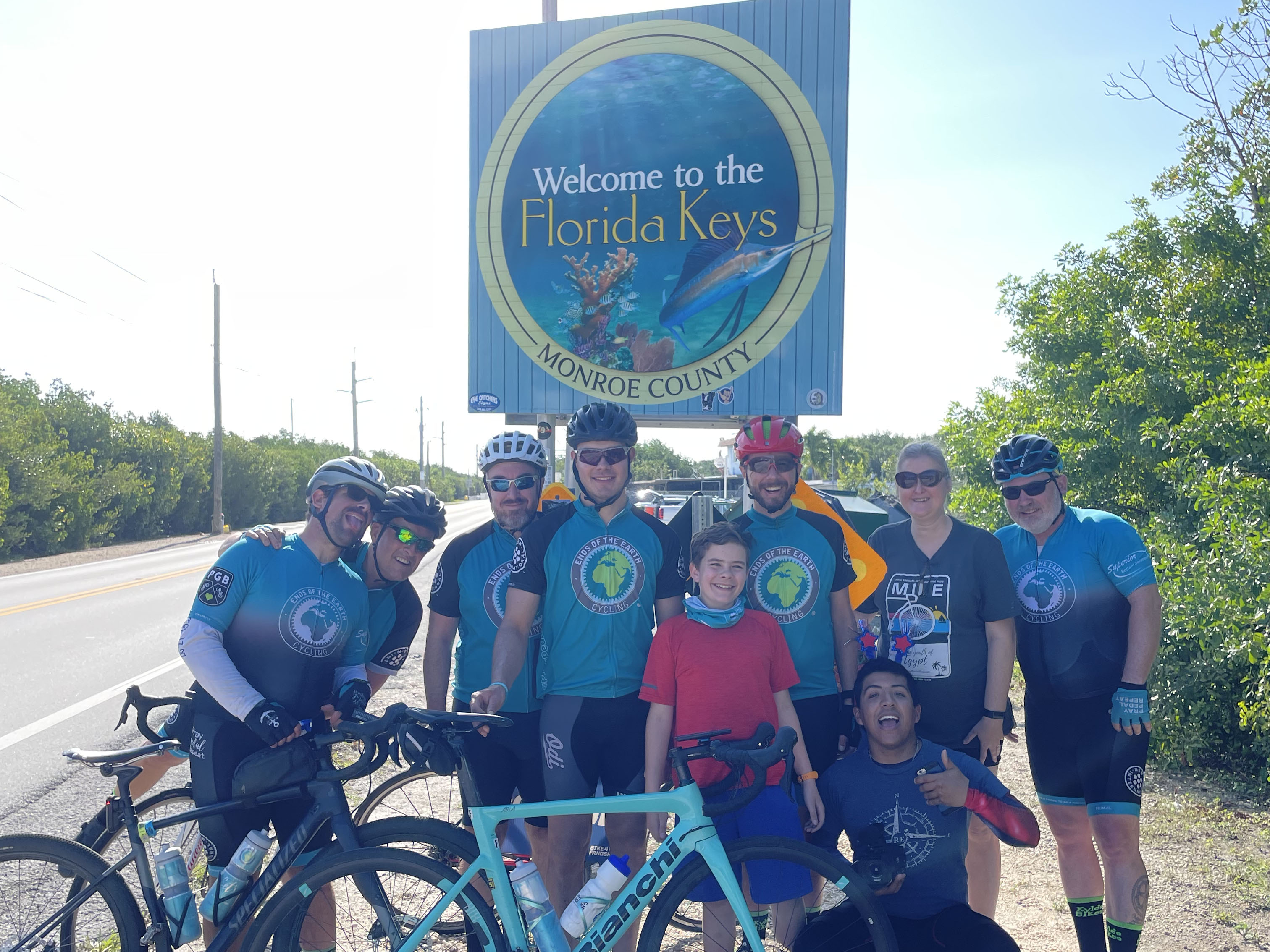 Some teams stop at Mrs. Mac’s Kitchen for lunch while other teams will just eat when we finish as day three is a shorter one at only 53 miles! It was a great day as we rolled across a metal bridge made of grates, thankfully it wasn’t raining!

Day four is the shortest at only 35 miles, and we flew through this day!! The highlight of day four was Robbie’s in Islamorada. The main attraction at Robbie’s is to hand feed the tarpon. Noah Clark was our new rider so we stopped to show him how it's done!  Day four was also the night we had supper as a whole group and it was AWESOME BBQ. The best meal of the week. Worship on this night always gets to me emotionally. It is the night that I generally try to share a testimony from the week or in this case, the last couple weeks leading into the ride.

Day five is the funnest and the least fun all in one. It is the funnest because we have reached the buoy that marks the furthest point south in the continental US, a mile marker 0. Both of those locations are photo worthy! It is my least favorite because it means that the tour is over and time to go home. 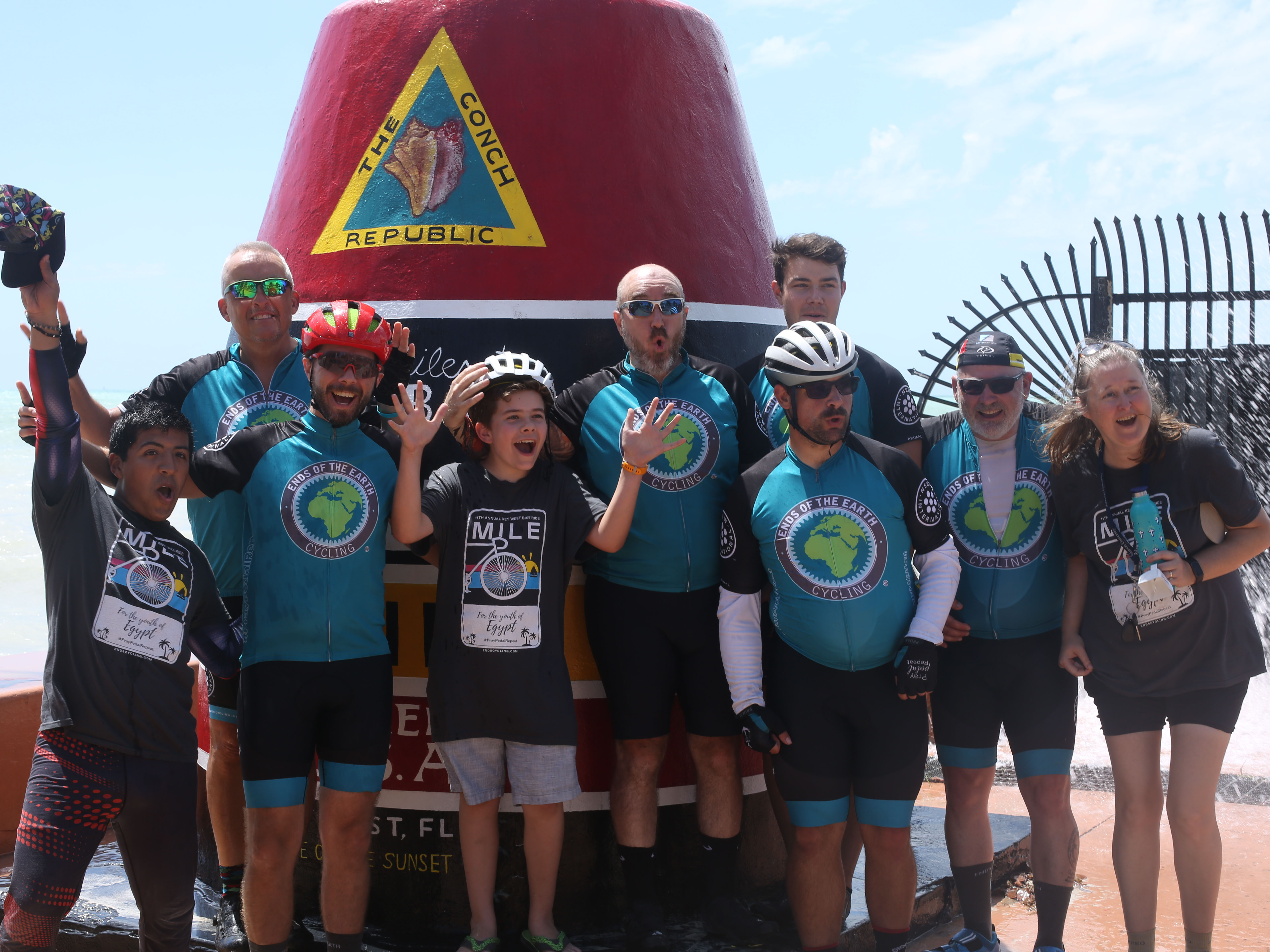 This KWBR was my second favorite Ends of the Earth Cycling ride because our team gelled so well and so fast. Until this tour, I haven’t seen a team gel like this. This tour was special also because there was an altar call on multiple nights! My personal highlight was watching four other cyclists in my group finish the century in adverse weather conditions! 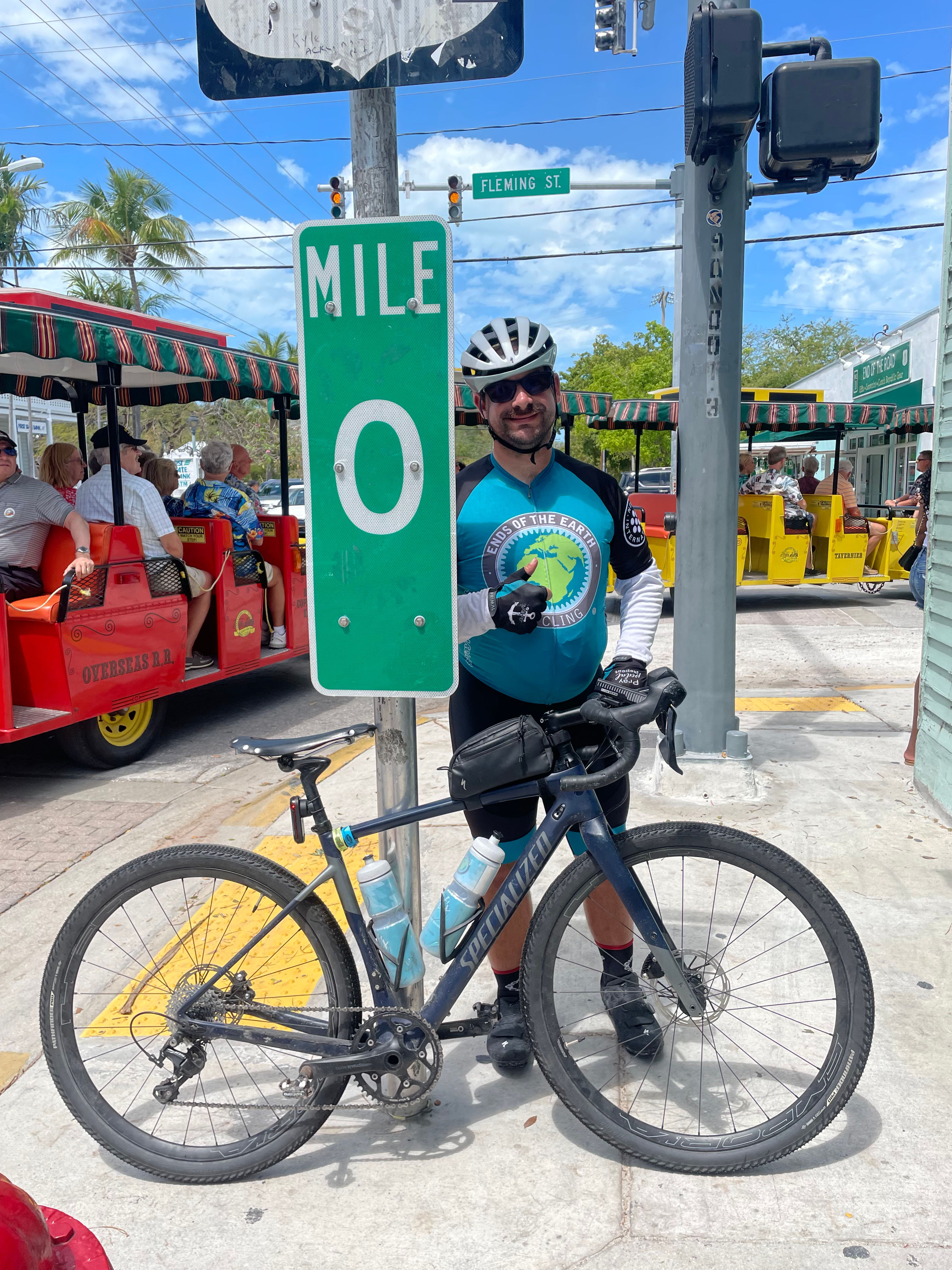